The Government of India Scholarships for Indonesian Students 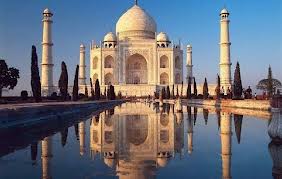 The Government of India offers, every year, 20 scholarship slots to meritorious students from Indonesia to pursue their higher studies in Indian universities and colleges. The scholarships are granted for studies at Undergraduate & Post-graduate levels and in research subjects under M.Phil. and Ph.D.

Applications need to be submitted to the Embassy of India in Jakarta only and not direct to ICCR or the concerned University.

Under the Scheme, Living Allowance, Contingent Grant, accommodation charges, Tuition Fee and other benefits, including medical and study tour to the students selected for scholarships are provided. However, the cost of air passage to India and back is not covered.

Scholarships are offered to Indonesian students for study at undergraduate and post-graduate levels, including Master and Doctoral programmes. Students applying for the award of scholarship must pass the English Proficiency Test to be conducted at the Embassy of India in Jakarta. The scholarship will cover tuition fees, living allowance, accommodation charges, contingent grant and other benefits. However, the cost of to and fro air passage to India is excluded. Scholarships are not provided for medicine (MBBS), dentistry (BDS), nursing & other courses related to medicine.

The Government of India scholarships are provided by the Indian Council for Cultural Relations (ICCR) through its General Cultural Scholarships Scheme (GCSS) for the year 2013-14.

The scholarships are offered to meritorious Indonesian students to undertake higher studies in India under undergraduate (S1), post-graduate (S2) and Ph.D. (S3). Students can opt for any course in the fields of arts, performing arts, architecture, literature, commerce and science; degree courses in engineering and agriculture; and doctoral and post-doctoral courses in various disciplines. Government of India will provide living allowance, contingent grant, accommodation charges, tuition fee and other benefits, including expenses on medical treatment and study tour to the students selected for the scholarship. However, the cost of air passage to India and back for all students and expenses on laboratory chemicals and related incidentals for science stream students would have to be borne by them or by their sponsors. Scholarships are not provided for medicine (MBBS), dentistry (BDS), nursing & other courses related to medicine.

WHO CAN APPLY?
To be eligible to apply for ICCR scholarship, you must:

Baca Juga:   [Switzerland] PhD Positions at the Institute of Statistics, Faculty of Economics, University of Neuchâtel

In addition, all applicants must:

The closing date for applications is Friday, 15 February 2013